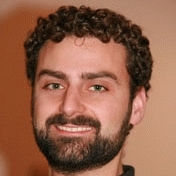 Colin Jones is an Assistant Professor in the Automatic Control Laboratory at the Ecole Polytechnique Federale de Lausanne (EPFL) in Switzerland. He was a Senior Researcher at the Automatic Control Lab at ETH Zurich until 2011 and obtained a PhD in 2005 from the University of Cambridge for his work on polyhedral computational methods for constrained control. Prior to that, he was at the University of British Columbia in Canada, where he took a BASc and MASc in Electrical Engineering and Mathematics. Colin has worked in a variety of industrial roles, ranging from commercial building control to the development of custom optimization tools focusing on retail human resource scheduling. His current research interests are in the theory and computation of predictive control and optimization, and their application to green energy generation, distribution and management.

Free online courses from &Eacute;cole polytechnique f&eacute;d&eacute;rale de Lausanne
EPFL is the Swiss Federal Institute of Technology in Lausanne. The past decade has seen EPFL ascend to the very top of European institutions of science and t…